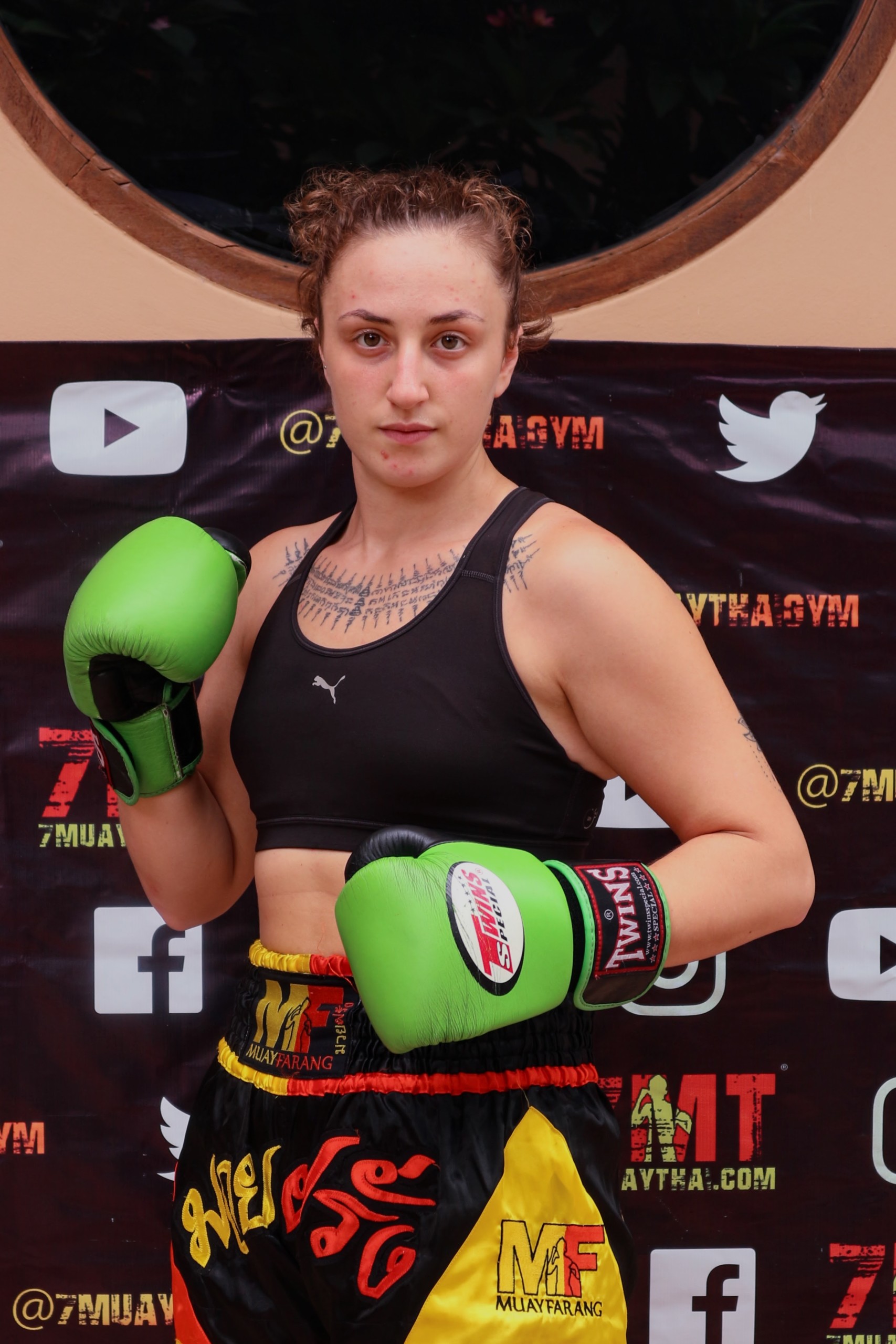 Started Muay Thai at 12 years old, and became passionate right away. After a couple of years she started competing successfully as an amateur until she had no more opponents in her weight class and was forced to start competing in professional bouts, despite the very young age.

After a few successful fights in Europe, under Muay Thai and Kickboxing rules, she finally decides she would move to Thailand to become a Nak Muay Ying (female fighter) and pursue the art she loved, Muay Thai. Right after completing high school, she travelled to Thailand to fight for 7 Muay Thai Gym.