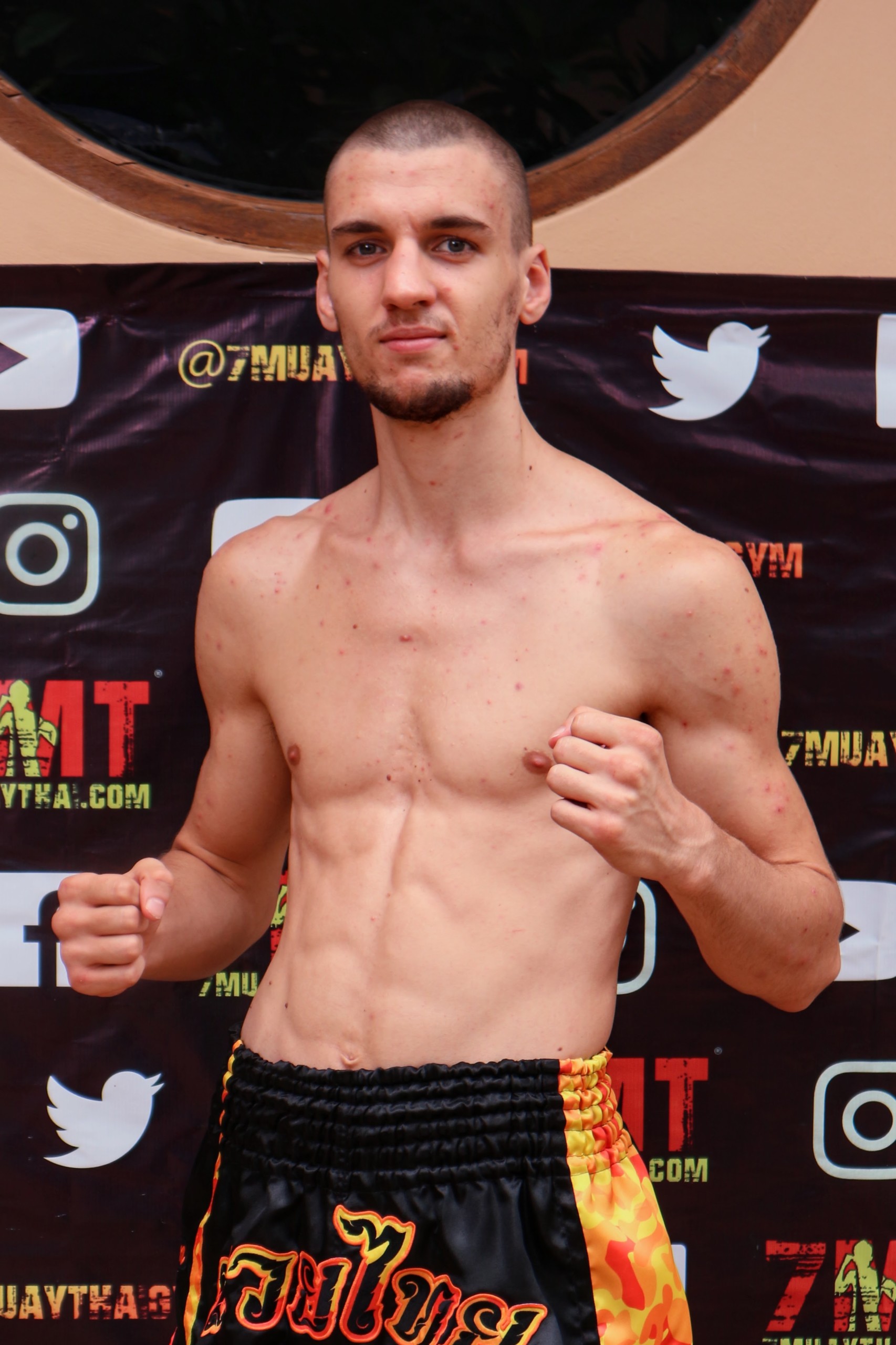 His passion for Muay Thai grew so much that he started watching hundreds of fight videos and studying all the best fighters in Thailand, as well as the less known ones in Europe.

After 20 fight, he decided it was the right time to dive deeper into the Muay Thai world and moved to Thailand to become a "Nak Muay" (professional fighter).

He quit his job as a web designer and moved to 7 Muay Thai Gym, where he started to learn what it ment to train and fight like a professional fighter.